I suppose everyone around us is familiar with these two words WOMEN EMPOWERMENT. As you see a lot of concerned feminists talking about their rights, their freedom, and their equality with the other men, their constant agony of seeing themselves working together with the men shoulder to shoulder, or trying their utmost best in attaining a respectable position in the society.

A society where only men are considered the future leaders. This is what we define as women's empowerment. But why, why is it that only men could be the leaders and not the women, why does this gender bias take place and only target women. Why we are always considered less than all men and why do not men have to go through all of this, I'll tell you why it's because men are considered as the privileged ones in our society. This patriarchal society only wishes or happens to worship men over women in every aspect. This is why we need to empower women so that we can make them a considerable part of society. Although over these years, the importance of women's empowerment has really been prevalent among us. But, there are still certain parts of our country where women have not attained this sort of freedom that many of us do have today. The women are still asked to stay within the four walls and have to face misogyny.

The women are still struggling in this era where we see a lot of other women taking a stand for themselves. I feel so pity about the wives who are shut down by their cruel husbands every time when they stand for themselves or the mother who isn't respected by their own children or even the sister who has to face gender inequality or the girls who are considered as a burden on their parent's shoulder till the time they get married.

Women can be empowered in various ways. It can be done through government schemes as well as on an individual basis. At the individual level, we should start respecting women and start giving them opportunities equal to men. We should promote and encourage them to take up jobs, higher education, business activities, etc. The Government has come up with various schemes such as Beti Bachao Beti Padhao Yojana, Mahila-E-Haat, Mahila Shakti Kendra, Working Women Hostel, Sukanya Samriddhi Yojana, etc. to empower women. Apart from these schemes, we as individuals can also empower women by abolishing social evils like the dowry system, child marriage. These small steps will change the situation of women in society and make them feel empowered

My main purpose in talking about it is to make you all aware of the hardships that they face as the list will go on and on. To everyone reading this or listening to it I really want you to come forward and take an initiative in raising the status of women in our society. As they are the strongest of all and we have the caliber of leading such successful lives as men do. The fact that you can do much better should not be mistaken. At last, I would like to say that you deserve more than a respectable position in society. We are more than just a mother or a sister or a wife. From carrying a baby in her womb for nine months to menstruating since teenage. We are such warriors that you would ever know about. Just know that we are the strongest human species and our lives will neither start nor end within the perimeter of the house. 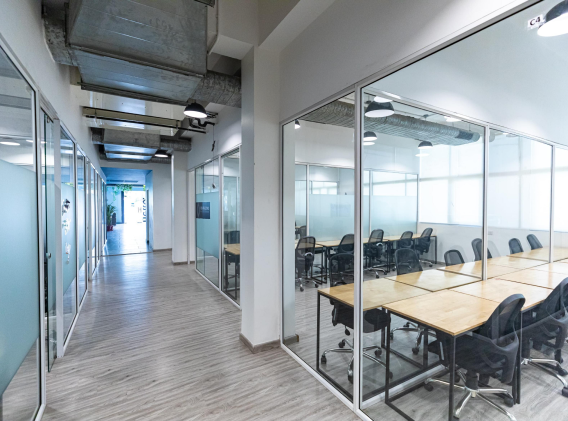 Mohan Estate is close by to stretching parallel of Sarita Vihar area. It is a center for almost all Indian and international automobile showrooms and many offices with few eating joints in its listing. Above all this Mohan Estate has an amazing co-working known as ABL workspace which includes this prime location too into their vicinity. As every center this also has metro stations within the range of 800m. This includes Mohan Estate metro station.

The best ABL has to offer is the premium experience with a handful no of amenities and comfort! 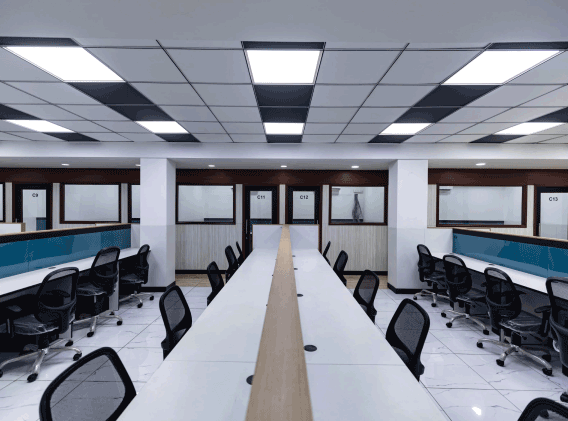 ABL workspaces have around 8+ centers present in Delhi NCR and are soon going pan India too. ABL came into existence in 2017. It started with a team of 5 members which has now grown to a team of 80 employees. We have relentlessly been working towards providing professionals with hassle-free workspaces. We have some amazing and known companies as clients with us- Echo India, Simba Beer, Etsy & a lot more.

There’s a lot to love about ABL workspaces! 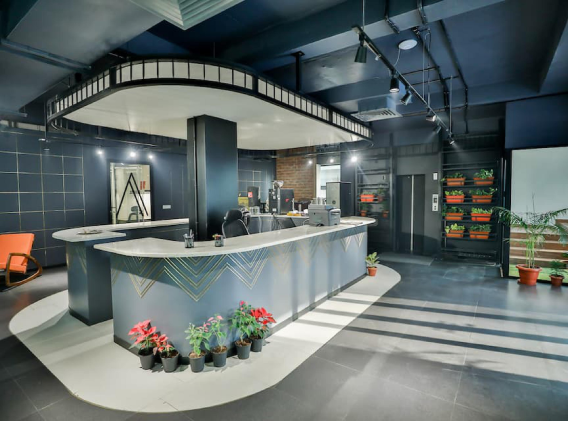 Guess what? We have a fabulous alternative for you, and that’s a Co-working space in Noida.­

So! What are really Co-working spaces? Co-working spaces in provide businesses, independent contractors, and other workers a space to get there job done.  Co-working spaces have transformed the way the modern workers interact with the business world. It is a global shift towards more lively and elastic working. Businesses all over the world have realized the benefits and opportunities that come with these types of practices.

And guess what? We have a fantastic 3 Co-working spaces available in Noida recognized as ABL workspaces

ABL came into existence in 2017. It started with a team of 5 members which has now grown to a team of 80 employees. We have relentlessly been working towards providing professionals with hassle-free workspaces.

ABL Co-working space is a premium experience with an entire comfort experience altogether. ABL came into existence in 2017 with its first space in Green Park, Delhi. It started with a team of 5 members which has now grown to a team of 80 employees. In a span of just 4 years, ABL is home to 80% established corporate and 20% start-ups along with freelancers in 8 locations all over Delhi/NCR. 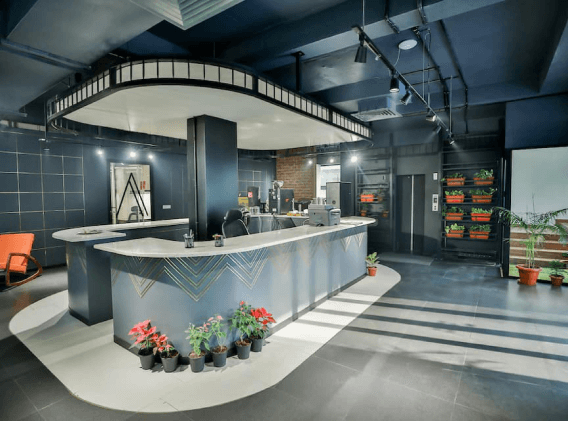 As soon as you enter ABL you can smell the tempting coffee which is one of the in-house amenities. Then is the premium infrastructure which provides you comfort beyond limits. To make the comfort productive, ABL has high-speed Wi-Fi.

This doesn’t end here! ABL is improving their amenities and its quality at its best each year. Hop in with us and explore this and a lot more. 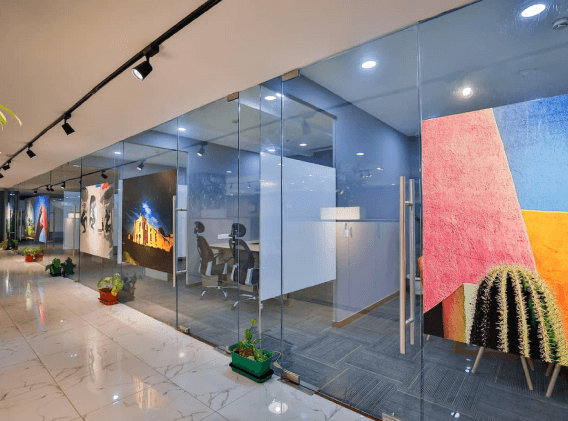 Welcome to 5 Effective ways to be successful HR

A.     Learning to Be More Empathetic

An HR can learn empathy through patience, practice and persistence with following measures: -

An HR must be able to remain neutral. When dealing with a work incident or employee issue, you must be able to be objective and impartial. Your personal opinion does not count—these types of decisions must be based solely on the facts presented. This is especially important when negative scenarios come up, and you have to come up with positive resolutions. The good news is that you will get better at this with time and experience.

Meetings are very important as they are meant to boost productivity and efficiency between the employees to keep them productive and attentive during office hours. Love them or hate them, you can’t completely eliminate meetings. So, it’s important to make them as useful and constructive as possible.

When everyone is on the same page it makes the most challenging task can be also completed. Too many meetings destroy morale and motivation.

In reality, we find ourselves stuck at unproductive meetings, week after week. The average executive spends 18 hours a week at meetings. Almost half of all attendees say that meetings are the number one time-waster at work not only can meetings be a waste of time, but if not planned efficiently, they’re actually a waste of money, too.

Did you know that Jeff Bezos has something called the 2 Pizza rule? One of his pet peeves is groupthink, so he always ensures that meetings are kept small enough for everyone to contribute. Are there more people than two pizzas could feed? That’s too many.

So, at ABL WORKSPACE PVT. LTD we’re all about time management, and we put a lot of effort into having small effective meetings. Following are the 5 ways we follow to utilize most of the time.

1. Be Prepared- The key to successful meetings is management and make sure everybody receives the agenda for the meetings & they are prepared for it.

2. Don’t Lose Focus - At every meeting, there seems to be that one person who tends to go off track and telling stories not connected to the discussed topic in any way. So, at ABL WORKSPACES we try in meeting everyone has a clear focus, it’s much easier to set concrete action steps and follow up. So that if you got to the end of the meeting without having actionable next steps, the meeting should be considered wasted time so we prefer to keep it short and keep everyone engaged in a meeting.

3. Stop Multitasking - Multitasking is connected to our modern life where we want our work to finish as soon as possible. A study shows it makes us less effective, increases stress, and costs the global economy an estimated $450 billion every year. More frighteningly, Harvard Business Review reports that multitasking leads to a 40% drop in productivity and a loss of 10 IQ points… equivalent to pulling an all-nighter.

4. Have patience - Not many business people are patient. In fact, a lot of them are used to rushing negotiations in the hopes of winning more. Believe it or not, patience can go a very long way too. Being calm, flexible and relaxed has a lot of advantages. Patience can also be a devastating weapon for your opponents. They might lose their temper, thus giving you the upper hand to make a sensible decision.

Cracking a good business deal is not impossible as long as you’re prepared to deal with unexpected situations. Enter a meeting armed with information and have the courage to speak up. Ask for what you want and find a way to build a connection with the parties involved in order to reach an agreement and end the meeting with a good bargain.

Or Fill In Your Details Here